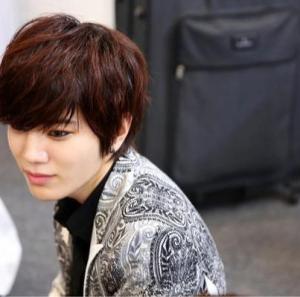 Sungjong has a brother who is three years younger than him.
Sungjong home town is in Gwangju, in the Jeolla province.
Sungjong is a student at Jeoju Arts High School.
Sungjong slammed the door a couple of times when Woohyun tried to ask him to do something.
Time when Sungjong thinks that he look good is when he’s looking in the mirror after showering in the morning.

Sungjong is super photogenic and he can spot camera anywhere.
Sungjong eyes is the best part.
A thing that Sungjong dislike the most is Woohyun when he’s lying.
Sungjong loves Michael Jackson’s songs ‘Beat It’ and ‘Ben’ the most.
Sungjong wanted to keep the desert fox on Comeback Again MV as his pet.
Actually the maknae usually take care with the dishes.
You can’t force the maknae to do something bcz it’s gonna make you crazy hearing his grumble.

For Sungjong biased, i suggest you to learn how to make a tasty kimbap.
1st thing that Sungjong wants to do when he gets a GF is eating kimbap that his GF made.
Sungjong sometimes think that he is more pretty from the other girl group member.
The reason why Sungjong never update his twitter again after his 1st tweet because his notebook is broken.

caLL me "younges" even thougH i'm noT as youNg as you thinK :D

Error: Twitter did not respond. Please wait a few minutes and refresh this page.